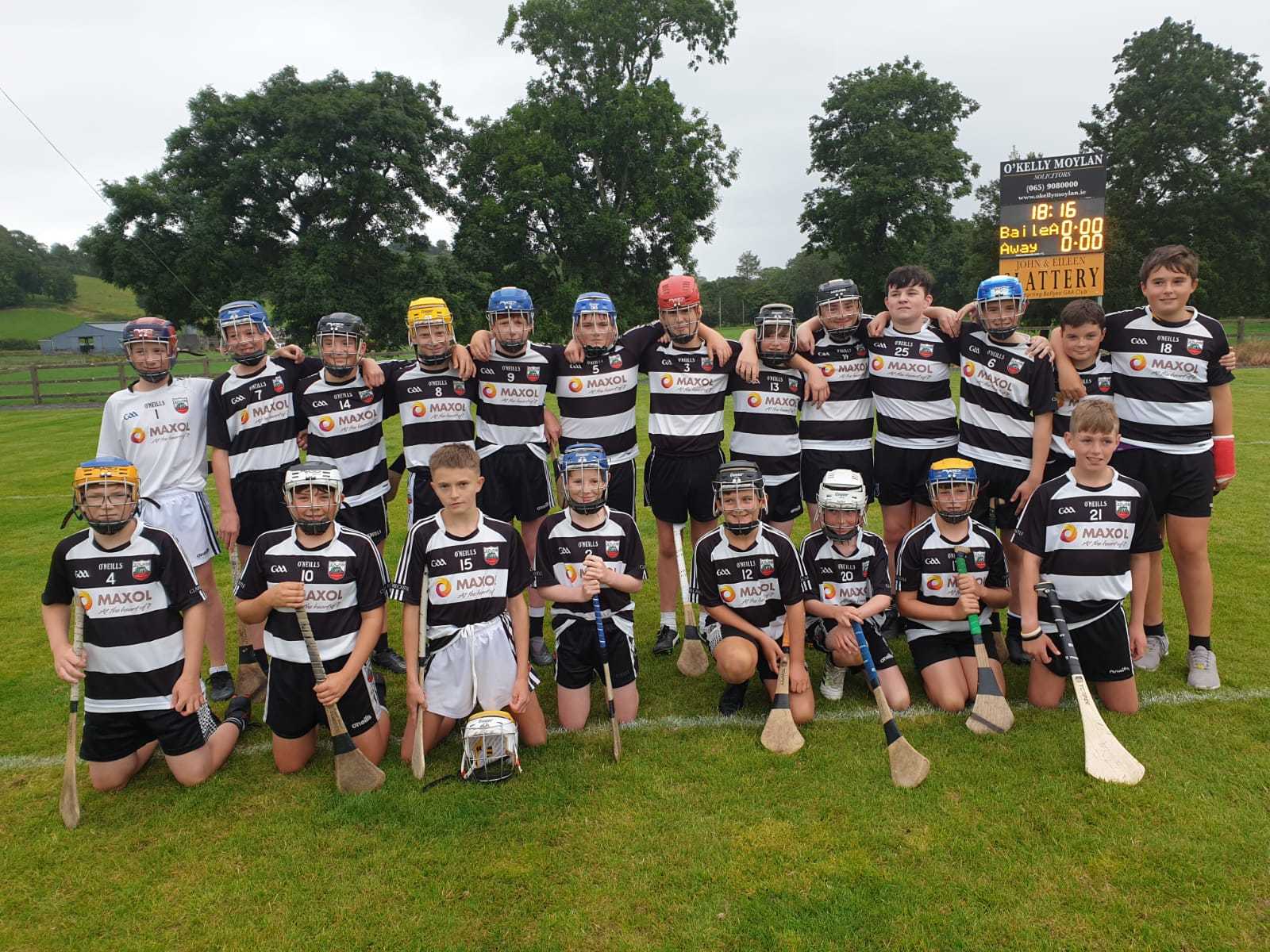 Published: about 1 year ago

U13 A Hurling Championship Rd. 7

Huge congrats to the Under 13 hurlers who showed tremendous character to edge a titanic 15 goal thriller in their U13A Championship tie by 7-16 to 8-07 on home soil this evening.

It was the manner of the victory that was most pleasing as the Magpies went from trailing by 11 points just after the first water break to remarkably leading by 14 entering the final ten minutes.

Such an amazing turnaround was sparked by a superb solo goal from centre-back Sean Meere to cut the half-time deficit to just five at 4-3 to 1-7.

With the bit between their teeth, Clarecastle maintained that determined backlash on the restart with Jack Ellingstad raiding for four goals while Rory Ralph consistently kept the scoreboard ticking over in a brilliant leadership display alongside Darragh McDonnell, Gavin Reidy and Ruairi Keogh.

Strong defensive displays from the aforementioned Meere and Paddy Sweeney in particular ensured that despite an inevitable late Clonlara rally, the home side held firm to prevail by six.