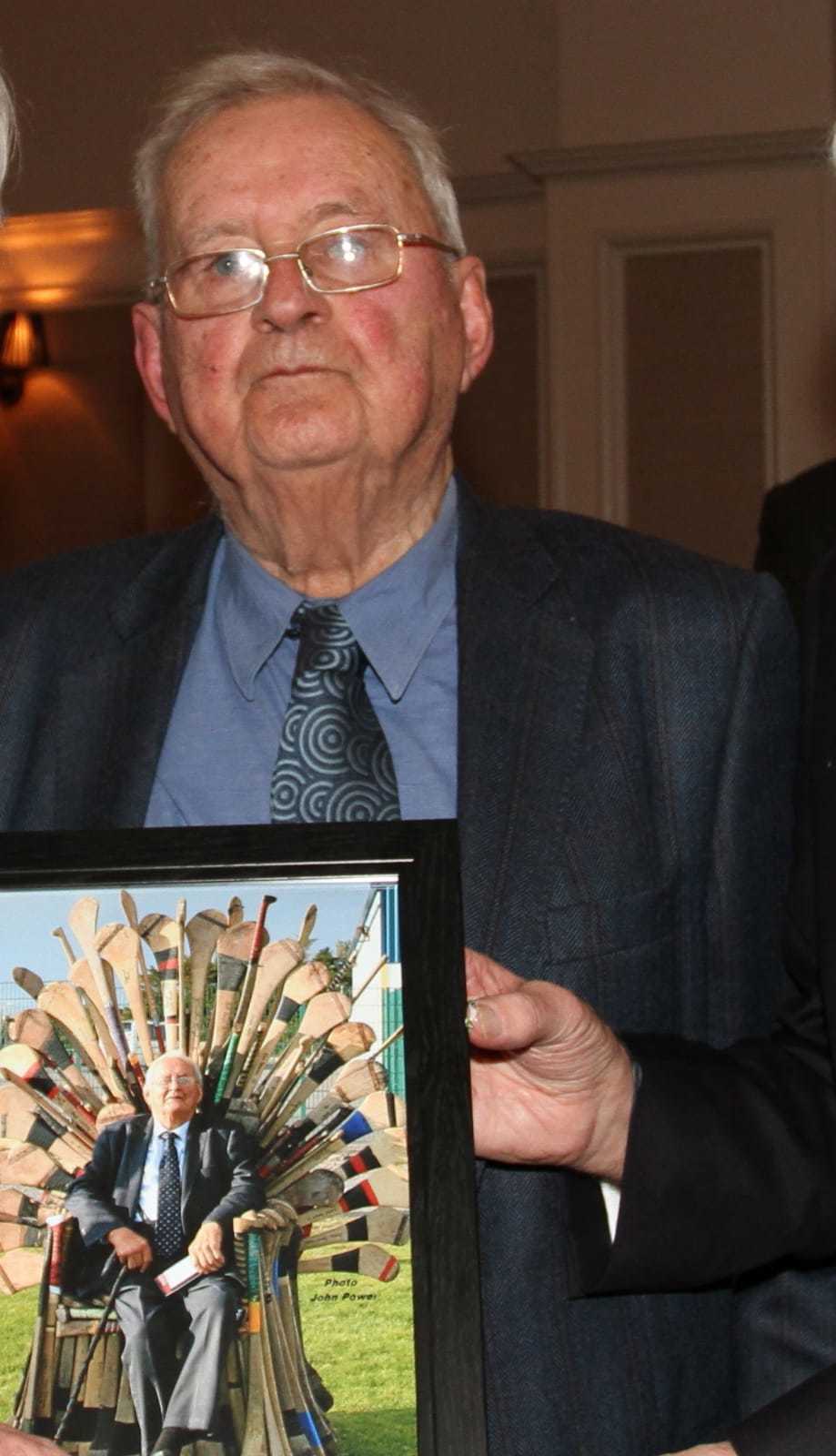 Published: over 1 year ago 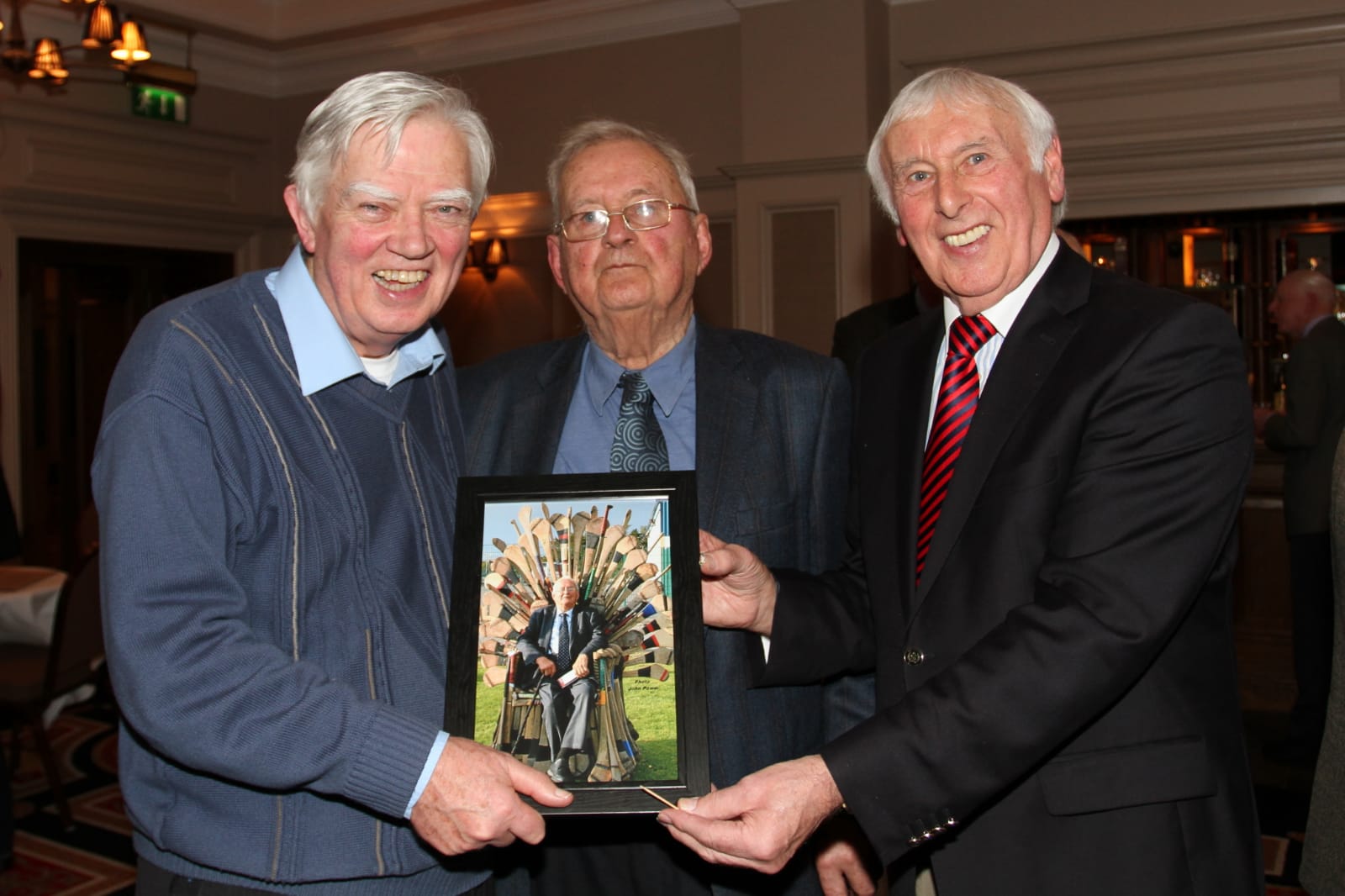 Photo above is John with Bishop Willie Walsh & Michael Slattery taken at a previous birthday party.

It is with a heavy heart that we say farewell to "The Master" John Hanly, who has passed away peacefully aged ninety three at Cahercalla Nursing Home.

An integral part of hurling’s history, few have impacted the game more than John Hanly. He had a lifetime involvement with the GAA, as a player, coach and administrator. He was active at club, college, county and national level. As a student of St Flannans his haul of 3 in a row Harty and All Ireland medals remains unsurpassed. John hurled with Clarecastle and won numerous senior championships, but perhaps his greatest contributions to our club and the GAA occurred off the field.

He was a visionary when it came to coaching and was instrumental in Congress appointing the first ever national hurling coach. He served two stints as Chairman of the Clare County Board his longest term was for eleven years, was a manager and selector with the Clare senior hurlers and was known all over Ireland as a forward thinking coach and administrator. He coached teams in Laois and Dublin, before moving back to his native Clarecastle in 1960 to become headmaster of Clarecastle National School.

Perhaps it is in this role that he will be remembered most fondly. From his classroom, school yard and any available patch of bare grass, he instilled a love of hurling in so many of his pupils, almost all of whom regarded him as a defining influence on their playing careers.

He is predeceased by his loving wife Maura and son John Jnr. He is survived by his daughter Nessa Cullinan and sons Tommy and Andrew.

As a mark of respect the club EGM has been postponed until next Monday.