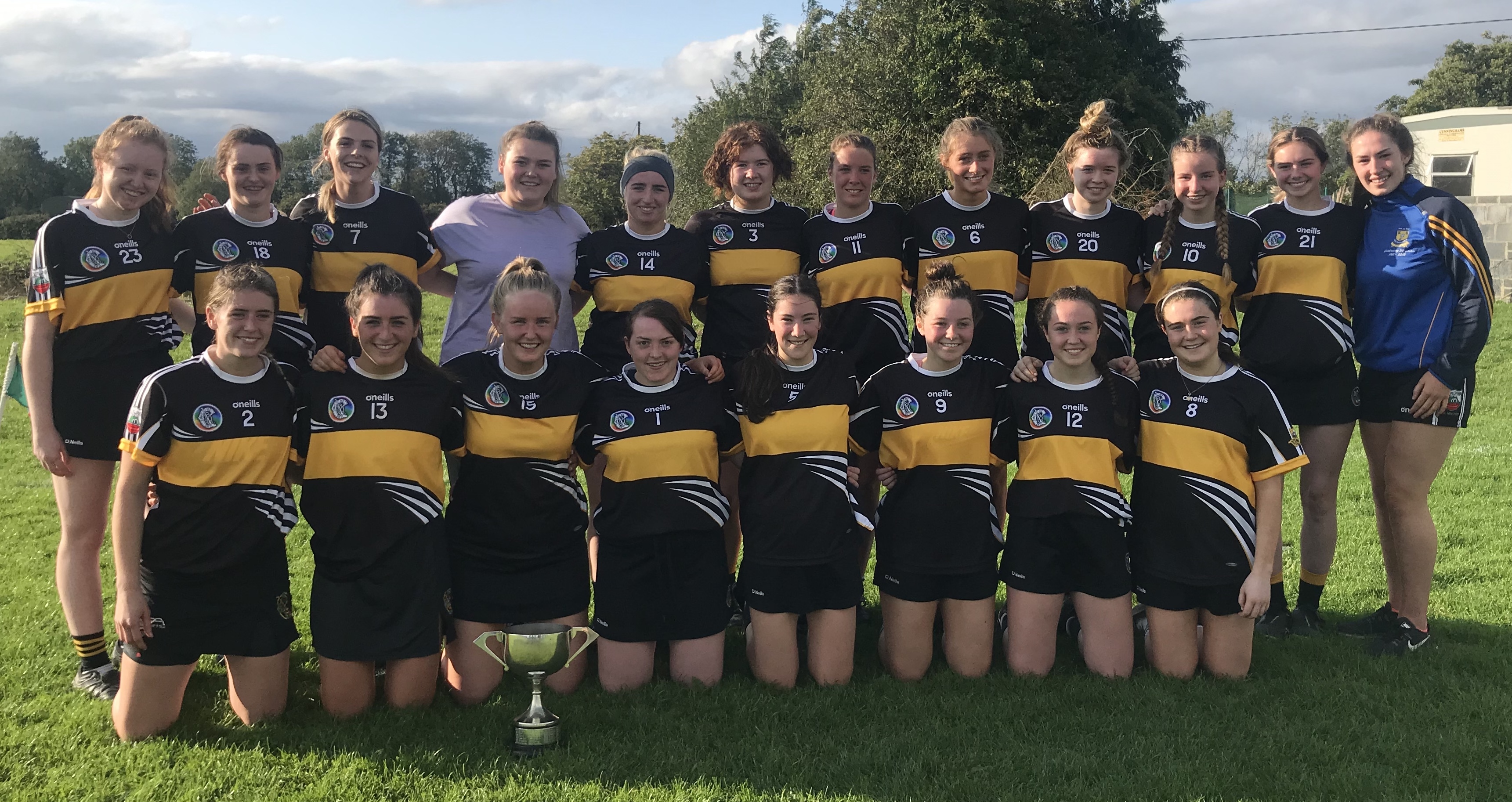 Published: over 2 years ago

Clarecastle/Ballyea had a well-deserved win over neighbours Éire Óg in the Intermediate Shield Final on Sunday afternoon.  The opening quarter of the game was a tense and tight affair with both sides trading points.  Elizabeth Russell was first on the scoreboard with a pointed free in the opening minutes which was soon cancelled with points from Doireann Murphy (2), Ria Flanagan (1) and Amie Wily (1).  The townies responded with points from Orla Devitt and Alana McInerney, while Clarecastle/Ballyea replied with the first goal of the match from Hannah Mai Neylon and a point from Stella Quinlivan.  Further scores from Murphy (1-3) and Wiley (0-1), ensured that the amalgamation remained in control at the break.  Clarecastle/Ballyea started much stronger in the second half scoring 0-4 without reply following great play from Hannah Mai Neylon and Ria Flanagan.  While Éire Óg notched up a further 1-4  it was Clarecastle/Ballyea eye for goals claimed them a dramatic victory.

Reminder: To play this weeks lotto jackpot.Buy your ticke...

Thank you to our members who attended the AGM which was h...

The countdown is on…TICKETS are in high demand and are se...

Best of luck to St. Flannans College and our club players...

Download the TeamUp App for ease of viewing field booking...