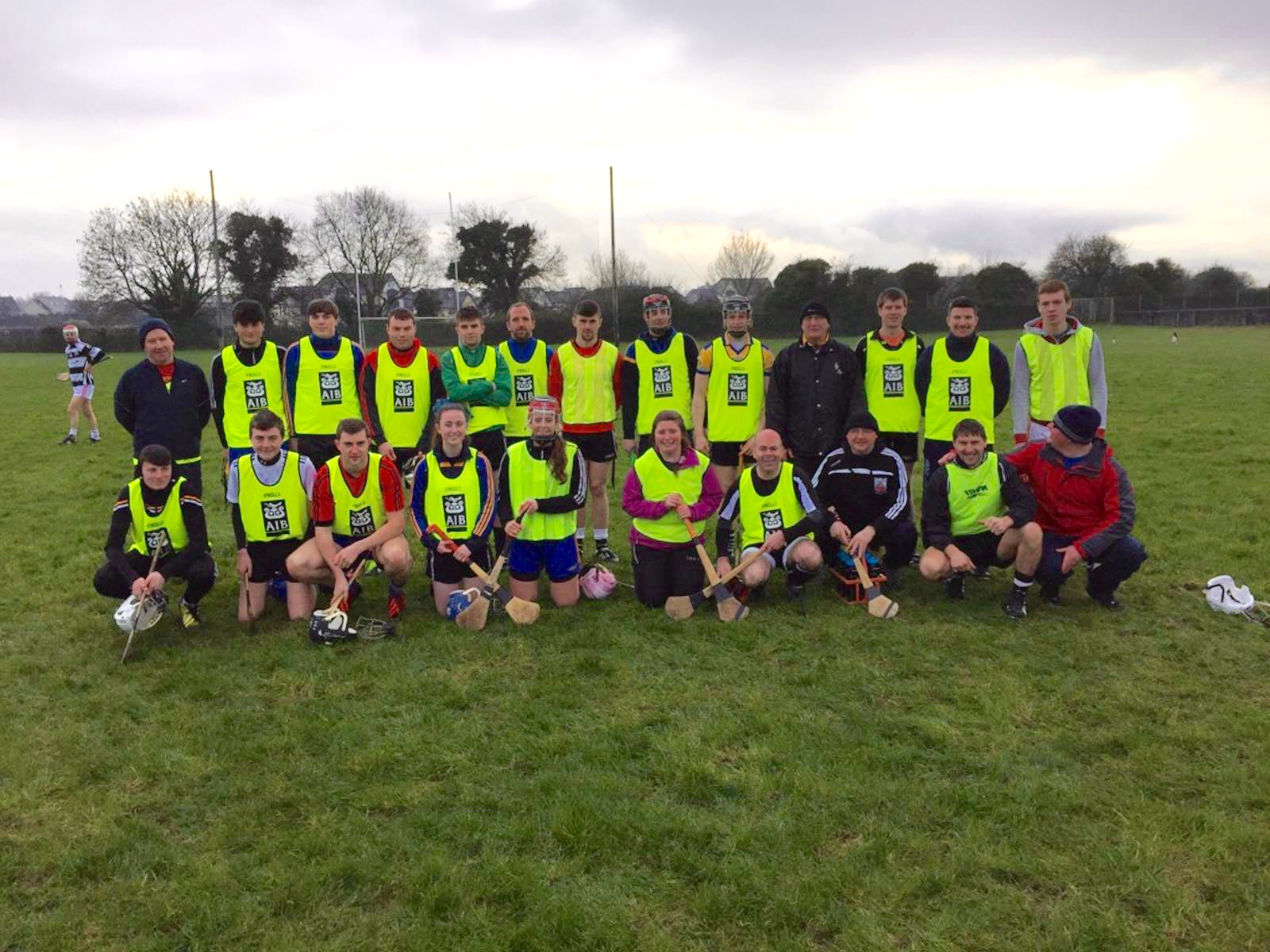 Published: over 6 years ago

Ten points clear on the restart, having also held Ballybeg scoreless, Sonny Finnegan’s (Claremount/Primrose Gardens) appeared to be heading for a facile opening victory in the concluding game of Saturday’s opening round.
However, their eagerness to empty their sizeable bench and rest some of their key players, almost came back to haunt them as a young Ballybeg side came storming back into the contest in a compelling second half.
With Mark McGuane leading the way with four points, Sonny Finnegan’s got off to a blistering start concluded by Lee Brack’s 13th minute goal that eased them to a 1-6 to 0-0 half-time advantage. And it could have been more only for adventurous goalkeeper Joe Russell, defensive anchor Kevin Clohessy and the hardworking Shane Galvin to keep a rampant Claremount side at bay.
However, while substitute Brian Clancy would extend that lead to ten on the restart, it was a rejuvenated Ballybeg who would seize the whip hand in the contest, beginning with Marc McAuliffe’s solo goal in the 22nd minute.
Jack Murphy would see a shot saved by goalkeeper David Greene soon afterwards but it was a warning shot that Finnegan’s failed to heed as the Under 21 would come into his own with 1-3 over the next six minutes to slash the arrears to just the minimum at 1-7 to 2-3.
And with momentum firmly behind them, Ballybeg could have even snatched an unlikely lead with only five minutes remaining after Murphy bore down on goal and rounded Greene, only to see his one-handed shot kept out by Barry Lynch on the line.
A relieved Sonny Finnegan’s reintroduced Conor Clancy, Lee Brack and Briain Lynch, with all three having a big impact on the final outcome as the latter raced through to fire a much needed goal, their first score in 15 minutes.
And while Niall Galvin would grab a third goal for Ballybeg, by then Sonny Finnegan’s had enough firepower to prevail as Briain Lynch and Lee Brack restored a three point advantage entering the final minute.
There was still more drama to come however as a foul on Murphy offered Ballybeg’s top scorer the chance to secure a last gasp equalising goal but his 20 metre free would be stopped by Barry Lynch as Sonny Finnegan’s got out of jail.
Barney Lynch’s side can cement top spot in the group with a second victory over the Lissane Dashers this Saturday at 3pm while for Ballybeg, they have another week to rally the troops ahead of a final round clash with Paddy Quinn’s Lissane/Island McGrath/Hill View on Saturday week.

Best of luck to our teams playing this evening.

Well done to all our u12 girls who played The Banner this...

Limited Number of tickets will be available to club membe...

Thank you to everyone who came out this morning to help r...

U15B ChampionshipWell done to the U15 Hurlers who have ad...