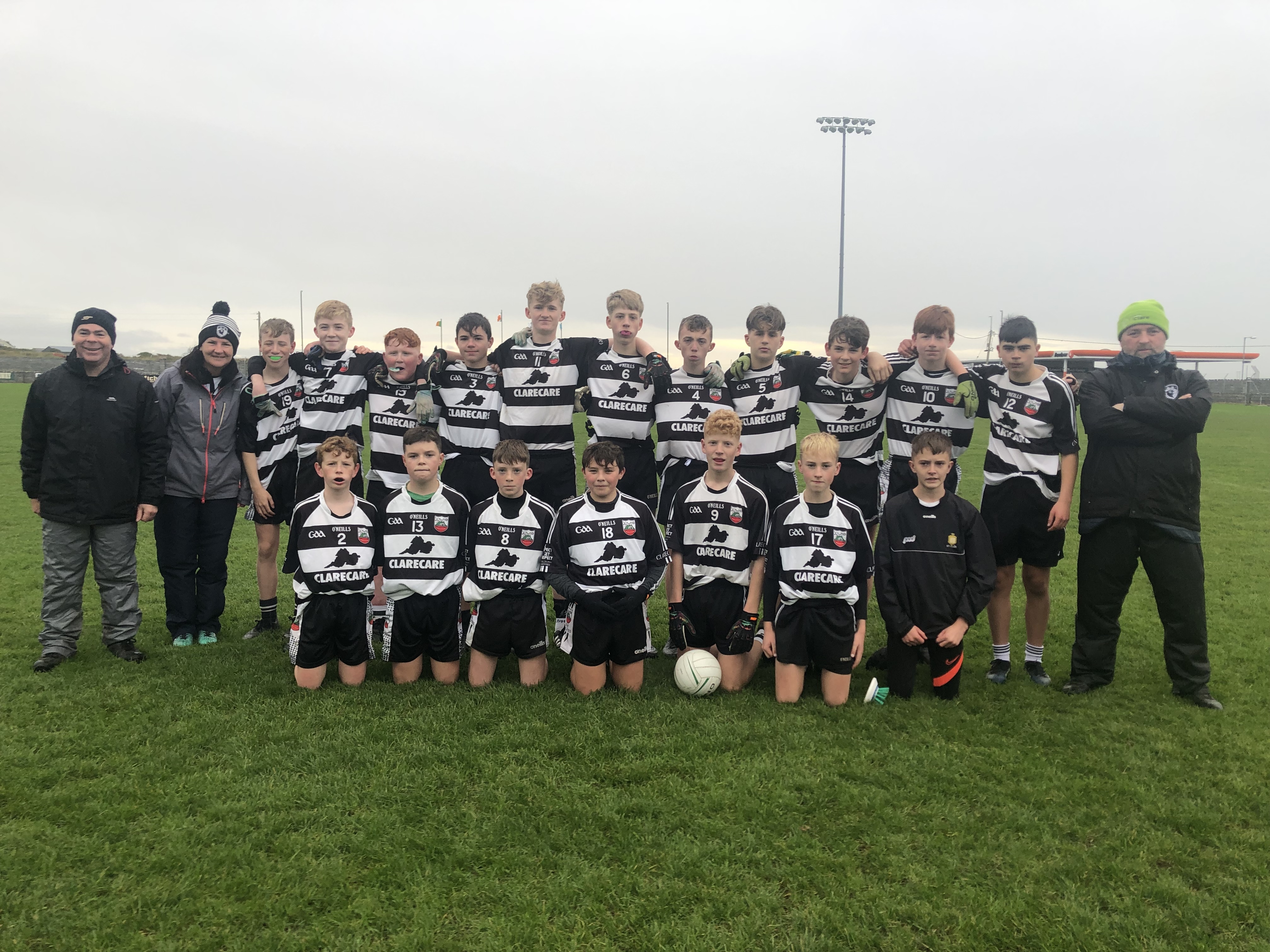 Clarecastle are through to the U14 Div. 2 Semi Final after a last quarter work rate clinched the game for the hosts.

Clarecastle had an excellent start scoring 2-3 within the first 10 minutes through Harry Doherty (2-1) and Fionn O’Leary (0-2). Wolfe Tones soon settled after 12 minutes scoring 2-1 without reply which was followed by a second point from Doherty to leave the half time score 2-4 to 2-1.

Clarecastle began the second half with points from Luke Slattery (1) and Harry Doherty (1). However, Wolfe Tones edged ahead by a point scoring 2 goals before the final quarter. 2-3 scored within the last 10 minutes with Doherty adding 1-3 to his tally and a goal from Ruairi Keogh sent the Magpies into the semi final against Clooney/Quin.

Huge well done to the lads on an excellent overall team performance in very wet conditions.

As the year draws to a close, we are already looking ahea...

U21A Hurling Championship Shield Semi-Final due to be pla...

A massive well done to our footballers who have ended a 2...