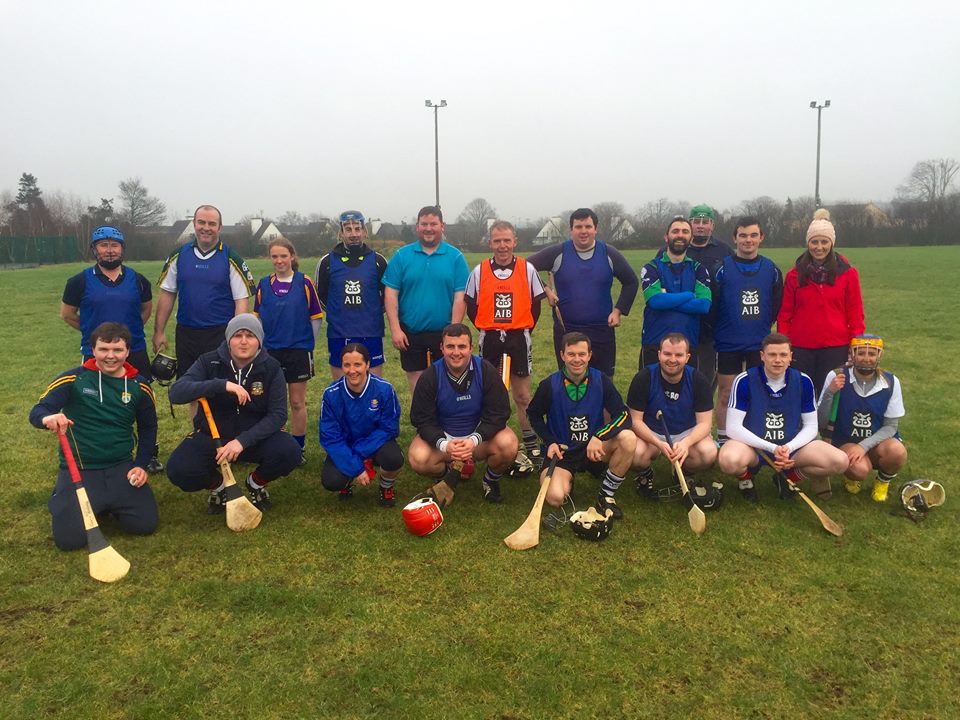 Published: over 6 years ago

A more efficient Village side secured the opening points of the Village Adult Hurling League last Saturday in front of a large crowd at Clarecastle GAA.
With six different scorers from play, five of which were related, the Villagers proved to have the greater scoring prowess over the 40 minutes in contrast to a wasteful KSKM who along with hitting 11 wides, heavily relied on Conor's O'Gorman and Plunkett for scores.
That said, such ring-rustiness was inevitable for what was the first game of the parish league as both sides were without some key players.
That said, Killoo/Skehanagh/Knocknamana/Manus got off to the better start thanks to the motivational hairdryer treatment from manager Michael Slattery, with Conor Plunkett grabbing the opening score of the competition in the third minute followed by a trio of points from the elusive Conor O'Gorman as they opened up a 0-4 to 0-1 gap by the seventh minute.
Three early wides ensured that the gap wasn't bigger though and it allowed the Village to settle and build upon Jeff Healy's opener as they secured five of the next six points, with James Healy (2), Jamie Coughlan (2) and Pakie Healy all on target to hit the front for the first time at 0-6 to 0-5 by the 15th minute.
And while KSKM would match them for the remainder of the half, the Village would have two glorious goal chances to extend their 0-9 to 0-8 interval lead as Danny Scanlon twice picked out targetman Jamie Coughlan. The first was a powerful effort that just went the wrong side of Johno Griffey's crossbar while the second was excellently deflected by Sean Egan onto the bar and over.
KSKM reshuffled their pack at the break, with goalkeeper Griffey coming outfield to good effect but it was the Village who continued their momentum to fire a further 1-3 without reply in the opening six minutes of the restart.
Brothers Pakie (1) and Adam Healy (2) combined to good effect before poacher Doireann Murphy eluded KSKM's last line to fire the opening goal of the game and give her side a major seven point cushion at 1-12 to 0-08.
Game over one thought but to their credit, Slats Army fought back admirably for the remainder of the contest only for their shooting to constantly let them down.
They did grab a lifeline in the 29th minute when Conor Plunkett meandered through to flick to the net fro close range and cut the arrears to four but there would only be two more scores, shared equally among the sides despite a host of chances.
A Conor O'Gorman free was repelled by goalkeeper Noel Considine while three wides in a row frustrated KSKM's comeback hopes as the clock ticked down.
Up the other end, replacement goalkeeper Neil Casey did well to keep out a kicked Pakie Healy shot but it mattered little as the Village hung on to complete a four point win and get their challenge for the Collins Cup off to the perfect start.
The Village have a bye this Saturday while KSKM will hope to get off the mark against the Abbeysiders (Barntick/Kildysart Road/St Joseph's Terrace) at 2pm.

Player of the Game: Pakie Healy (The Village)

Best of luck to our teams playing this evening.

Well done to all our u12 girls who played The Banner this...

Limited Number of tickets will be available to club membe...

Thank you to everyone who came out this morning to help r...

U15B ChampionshipWell done to the U15 Hurlers who have ad...