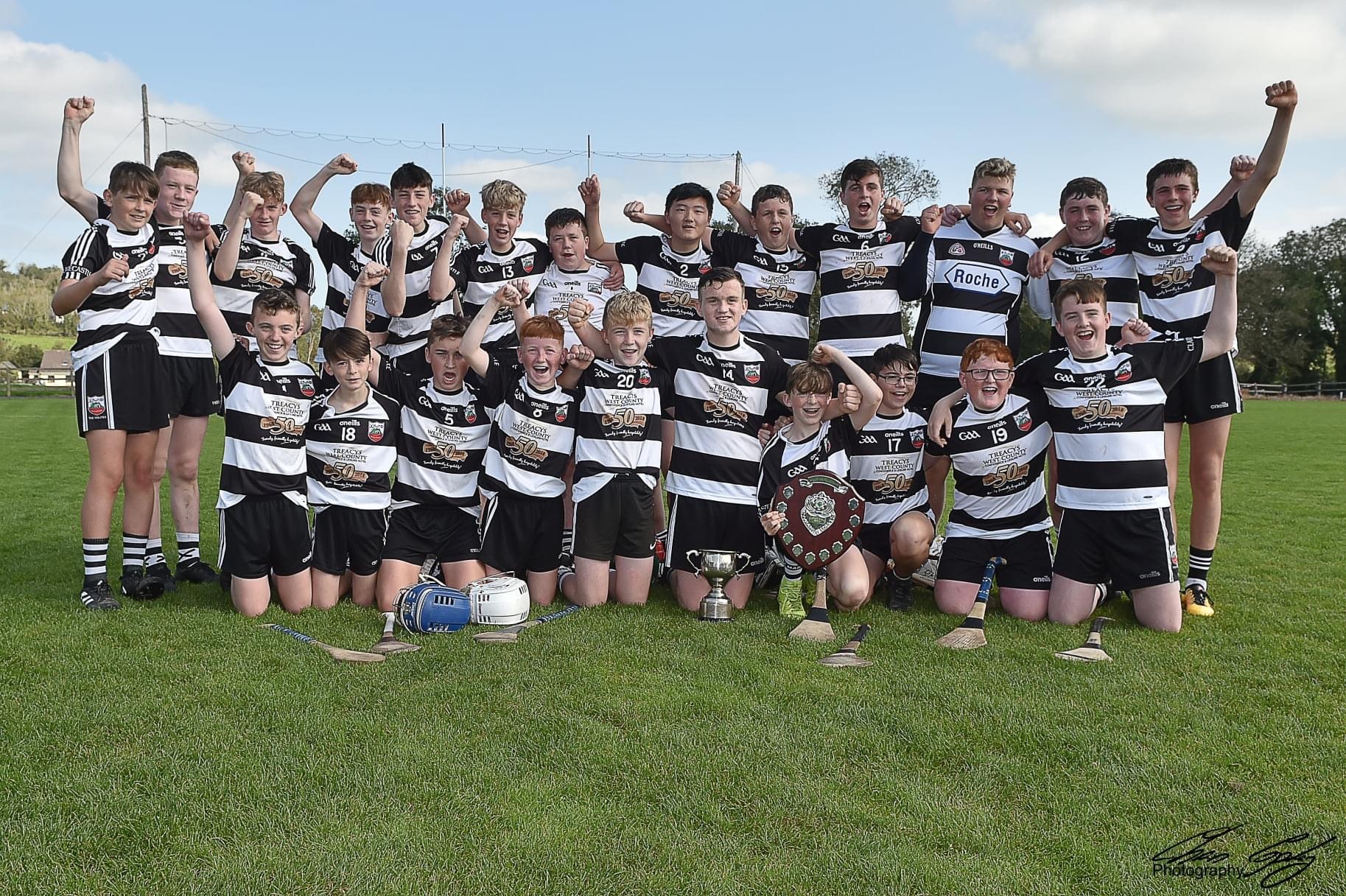 Published: about 1 month ago

A strong final quarter saw Clarecastle finally brush off the stubborn challenge of an excellent Kilmaley side to claim the U-14 B Championship honours in sunny Ballyea on Sunday morning.

Kilmaley got the dream start with Jamie Healy scoring the first point of the game within the first five minutes with further points from James Murphy, Patrick Clancy and Ben McMahon. Soon after Healy’s second score landed in the back of the Magpies net to establish a lead of 1-4 within the first 10 minutes. Clarecastle soon settled after the 13th minute with points from Paul O’Connell (0-2f), John Sweeney, Harry Doherty and Evan Price. A further 1-3 from Kilmaley gave their side a comfortable six point lead at the break on a score of 2-7 to 0-7.

Martin Sweeney got the Magpies off to the perfect start with a goal in the opening minute of the second half. Kilmaley quickly responded with two points which was soon cancelled with four further points from Evan Price, Harry Doherty, Conor Ralph and Martin Sweeney while James Murphy pointed for his side. In the 26th minute a pointed free from O’Connell levelled the game. Magpies kept pushing hard for the winning of the game through excellent defending from John Touhy, John Casey, Liam McNamara, Liang Chen Yu along with superb goal keeping from Cailean Hayes.

In the final minutes a point from Conor Ralph and a pointed free from Michael Sweeney was enough for the Magpies to seal a two point victory in what was an excellent overall team performance.

Best of luck to the Clare Junior Panel &amp; our Club pla...

The GAA’s Management Committee has today endorsed a decis...

U12 Camogie End of Year Final

Well done to the U12 Camogie team who beat Éire Óg this e...